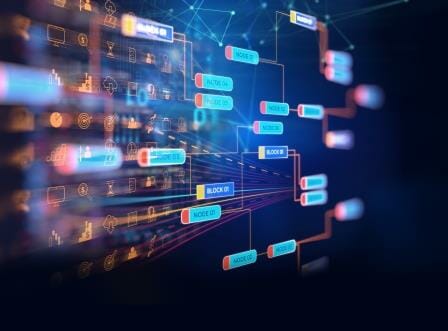 Initially, this tool would allow serving about 25 thousand people, as well as storing and sharing the medical information of these patients quickly and safely

The German pharmaceutical firm Boehringer Ingelheim, one of the 20 largest companies in this sector in the whole world, decided to partner with Solve.care, the blockchain-based healthcare platform, to create a blockchain and digital assets project which store and share the medical information of diabetic patients, as it was announced by means of a press release.

The new health care system, based on the blockchain platform of Solve.care, is known as the “Diabetes Care Administration Network” and its main objective is to function as an assistant in the processes of coordination for the attention of these patients, in order to store the data in a reliable manner, as well as sharing information about the risks associated with diabetes, prevention, the symptoms it causes, among other important aspects.

Pradeep Goel, CEO of Solve.Care, said: “The Diabetes Care Administration Network will help bridge a knowledge gap by providing a platform which offers vital information on diabetes and cardiovascular diseases in an easily accessible manner. This is invaluable in the healthcare ecosystem as it allows patients to gain a better understanding of their disease while also coordinating their care needs”.

As indicated in the press release, this development would be in operation by the end of 2019 or before ending the current year. The statement of the institution located in Germany also indicates that, during the initial phase, it is expected that the tool allows to serve more than 25 thousand patients in the American accounting service firm Arizona Care Network (ACN). This new platform would implement the Solve.care coordination tool called Care.Wallets, with the aim to support people who have this disease.

Blockchain has already taken steps and gained ground in the field of health during last months. Recently, the global retail giant Walmart announced it joined the MediLedger pharmaceutical consortium, following four major US companies in the industry, including Pfizer.

Similarly, the Amyotrophic Lateral Sclerosis (ALS) Association was also associated with an important project related to cryptocurrencies, the Tron Foundation. The objective of these two institutions is to launch a charity campaign to create awareness about Amyotrophic Lateral Sclerosis and how is the lifestyle of those who have this health condition.

The altruistic project seeks to collect donations to contribute with investigations for the treatment of this disease and to generate a significant contribution in the search for the cure of the ALS, thanks to the technological developments that advance every day.

Blockchain in the health sector

Other important companies have considered using blockchain in the world of medicine. IBM formed the so-called “Health Utility Network”, which includes health organizations, health product providers and startups that wish to contribute to the growth of blockchain use in the health sector.

Renowned companies such as Change Healthcare, Hashed Health and Guardtime also seek to implement the transparency and efficiency of blockchain technology in the healthcare industry.

A few months ago, the Taipei Medical University hospital, Taiwan, also created a platform that uses blockchain technology to maintain, protect and facilitate access to medical records of their patients, in order to save time in the search of each medical case and provide, in this way, a better service.

Even the startup Bitfury announced the creation of a medical information management system based on blockchain, with the aim of contributing with medical research, based on the review of previous cases.

The benefits of blockchain go from the protection of information, the organization of medical records, the handling of sensitive data for research, and the treatment of clinical institutions data. In addition, this technology could manage the production and consumption of medicines, as well as detect disease patterns. The future of blockchain promises to be more than a cryptocurrency exchange system. It could be the new base of medical information and a friendly assistant.