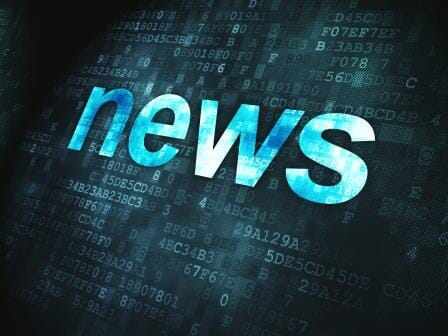 The United States’ CFTC Identifies Ether as a Commodity

One of the few issues of digital assets over time, and one of the primary obstacles for regulators, has been correctly identifying the nature or the type of each one. After all, different categories should not be considered the same under the law.

Recently, the United States Commodity Futures Trading Commission (US CFTC) made it public, through its chairman; said commission thinks Ether (ETH) should be considered a commodity, and that ETH futures trading is coming to fruition.

Per a report from Yahoo Finance, Heath Tarbert said so at the All Markets Summit that took place on October 10th. Tarbert recently substituted J. Christopher Giancarlo, back in July, as the US CFTC chairman.

The development is news worthy because by now, everyone was clear about the CFTC’s stance towards Bitcoin (an asset that is also considered a commodity by the organization) but there was not any public announcements regarding Ether up to this point. It is the first time that the institution has offered his vision on the asset, which happens to be the biggest altcoin judging by market cap.

Tarbert observed that “we’ve been very clear on bitcoin: bitcoin is a commodity. We haven’t said anything about ether—until now […] It is my view as chairman of the CFTC that ether is a commodity.” Short, concise, but very clear words about a relevant authority.

That leaves the industry with a clearer landscape regarding the two most prominent cryptocurrencies and their treatment by the CFTC. However, many investors and specialists are wondering how should they view other similar assets?

What about the Rest of Altcoins?

The report by Yahoo Finance offers some answer regarding that. Tarbert, quoted by the site, concedes that there are uncertainties about the status of most altcoins. He said that as long as they are similar assets than Bitcoin and Ethereum, they should be treated like those two.

Going with a more in-depth analysis, Tarbert stated that forked crypto assets, those that were born after a split from the original underlying blockchain (Bitcoin Cash, or BCH, and Ethereum Classic, or ETC, are two prime examples) need to be addressed in a similar way as the original one.

The Status of Forked Coins

However, that is not the end of the analysis and the hypothetical cases. For example, Tarbert observed that the status of a forked asset may change if the fork itself “raises some securities law issues under that classic Howey Test.”

Tarbert expressed that “it stands to reason that similarly assets should be treated similarly. If the underlying asset, the original digital asset, hasn’t been determined to be a security and is therefore a commodity, most likely the forked asset will be the same.”

The CFTC, back in December, revealed its objective of releasing a Request for Information with the intention of acquiring public comments and further guidance regarding the Ethereum blockchain. The main goal was to correctly identify the characteristics, similarities, and differences between Ether and Bitcoin.