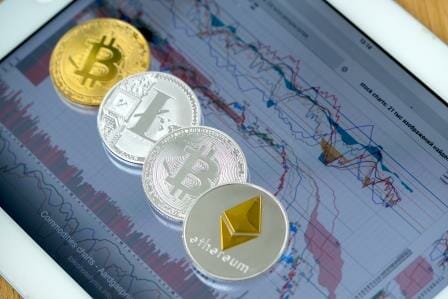 Similarities between DeFi on Ethereum and ICO Craze of 2017

The success of ICOs led many novice investors to bet on fraudulent projects. DeFi must avoid the speculation of users if they want to develop their full potential.

There are similarities between ICO craze and the current growth of DeFi on Ethereum. This situation has not gone unnoticed by those who have been in the cryptocurrency community since before 2017.

This could indicate the appearance of a new economic bubble on Ethereum, which could take everything in its path due to the speculation and stupidity of users. Something similar happened in the ecosystem almost three years ago, when thousands of investors decided to bet everything on the Initial Coin Offers (ICOs).

Many of these people have lost their money or have never generated their dream profits since the blockchain projects that they trusted were known frauds. There is a question of whether the story of ICOs can repeat itself on Ethereum with DeFi platforms.

An increasing number of experts are talking to users about the risks of decentralized lending platforms and the famous yield farming. For example, Sasha Ivanov, founder of Waves, invited the community not to turn DeFi into a new ICO bubble.

Cryptocurrency investment specialists Olga Feldemeier and Edward Moncada also said that decentralized finance had a lot of potential. For this reason, they stated that it was necessary to be cautious when investing in them since it was a new and possibly volatile market like ICOs.

Cryptocurrency professionals are concerned about the current explosion in the popularity of DeFi platforms. However, that industry currently has USD 1.7 trillion worth of committed (frozen) ethers in its smart contracts, according to data from DeFi Pulse. Likewise, the Compound lending protocol has managed to accumulate 35.01% dominance in this ecosystem, after constant growth so far this year and the introduction of the yield farming market.

The growth of this ecosystem is not negative per se since many consider that decentralized finance will be the digital banking of the future. However, the fact that these platforms become the trending solution can be detrimental to their development. Many users could initiate activities in this ecosystem without really understanding it and let appearances or the pieces of advice of ill-intentioned third parties carry them away.

Craze for Easy Money with ICOs

Initial Coin Offers (ICOs) appeared in the ecosystem in 2013, through the MasterCoin project. These initiatives were a prominent alternative to crodwfunding since they allowed startups to raise digital money decentrally to develop their blockchain projects.

The ICO scheme worked as follows: A company or project promoted its token as future functional units of currency, which could then be of use on the network or platform through the achievement of the stipulated funding objective. In other words, the tokens would serve to interact with the initiative and could generate juicy profits.

Ethereum itself, the second-largest blockchain in the cryptocurrency market, took its first steps thanks to an Initial Coin Offer. This blockchain became the favorite place for ICOs, which were emerging as the most convenient source of capital for new projects to develop their ideas. In 2015, there was already a small market for these offers, where the most visible initiatives managed to raise a few million US dollars.

The year 2016 marked a before and after with the funding of DAO, an organization that managed to raise USD 150 million in a few days and strongly caught the attention of the ecosystem. Unfortunately, this initiative was the victim of one of the world’s biggest cryptocurrency hacks, which led to the appearance of Ethereum Classic after most of the Ethereum community decided to revert the event.

Although DAO left a stain on ICOs, the path to success was already paved. In mid-2017, the craze for these funding campaigns accelerated across Ethereum, with the proliferation of hundreds of blockchain-based projects serving many different use cases.

Currently, few projects are venturing to make Initial Coin Offers, preferring to receive capital from venture investors or conduct an Investment Public Offering (IPO). In this way, Ethereum closed this dark chapter of ICOs to make its way through crypto-collectibles, gaming platforms, and decentralized finance (DeFi).